Gets the substring of a string.

The starting index, counting from 1 at the left, or -1 at the right.

The start and end indices are inclusive, which is to say the characters at both indices will be included in the result.

In Lua, strings may contain any number of characters within them. The expression "" represents a string of 0 length. Lua doesn't actually expose a "character" type, but strings with a length of 1 are typically called characters. Whether extracting characters or substrings, the sub() function is the way to obtain portions of a string.

Single characters can be extracted from a string by passing the same index for both start and end, e.g. sub(s,i,i). As mentioned, the result is still a string, just with a length of 1.

When extracting single characters, sometimes the expression for the index is long or complex. Repeating it twice may be inconvenient or might cause side-effects. To avoid this problem, pass the desired index in start, but pass nil in end, e.g. sub(s,i,nil). The nil signals to sub() that the end index should be copied from start:

Additionally, negative indices can be very useful. They work exactly like positive indices, but index from the end of the string backwards. For instance:

PICO-8 adds the ability to represent characters as their ordinal value, a whole number in the range 0..255. There are two calls that can convert back and forth between the two representations: 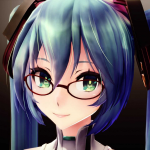